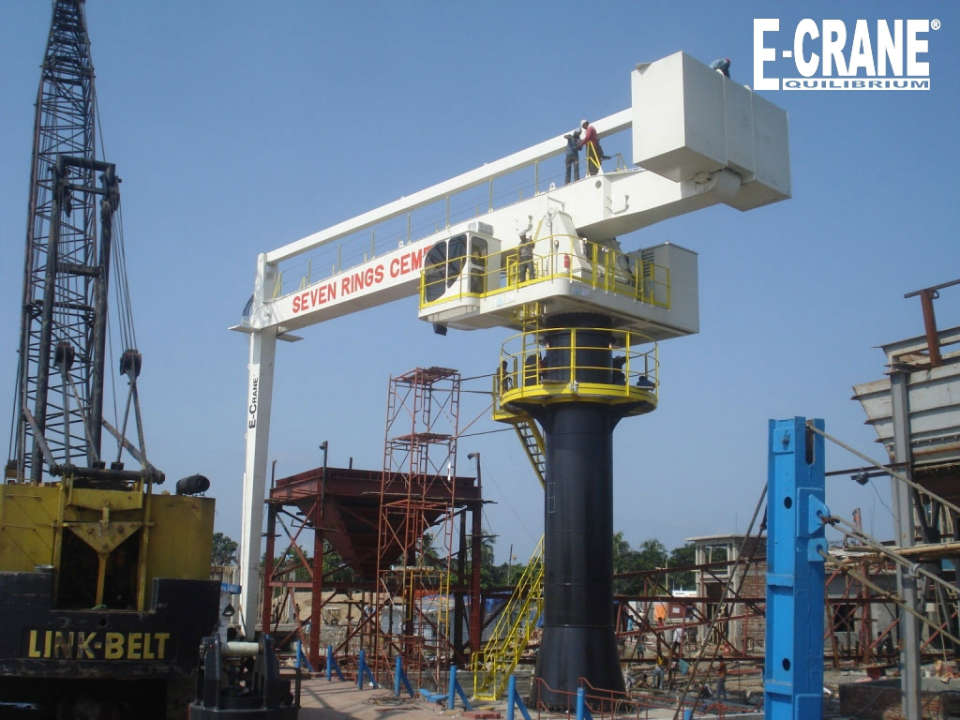 Ever since E-Crane began shipping cranes around the world, these cranes were followed shortly after by an E-Crane installation team. Installing large-size equipment requires special skills to assemble the heavy weight components safely and correctly. A successful installation is the result of know-how and hard work combined with excellent communication skills. For sure not an easy task!

After several years of helping out during E-Crane installations, Mr. Faruque and his team from our dealer Maple Leaf, took up the challenge earlier this year. The job was taken care of correctly and according to plan. A new member of the large Bangladeshi E-Crane family was born by the end of May. A European team will join Mr. Faruque for final testing, tuning and commissioning later this year.

The new crane is owned by Shun Shing Cement Mills Ltd. and is installed at the Seven Circle Bangladesh Ltd. (SCBL) cement grinding plant on the banks of the Rupsha River just South of Khulna, the 3rd largest city in Bangladesh after Dhaka and Chittagong. E-Crane congratulates SCBL with the newly installed crane!

Seven Circle Bangladesh Ltd. (SCBL) is a wholly owned subsidiary of Shun Shing Group. The first cement grinding mill was established in 2000, and came to commercial production early February of 2001. For expansion, SCBL has acquired land in Khulna to broaden their nationwide coverage of cement delivery and to meet the growing demand for their brand. The new Khulna plant, with capacity of 1.3 million MT, SCBL’s combined capacity will amount to 3.1 million MT. SCBL retails under the brand name “Seven Rings”. Seven Rings Cement is recognized as a top cement brand in Bangladesh.