E-Crane, the only Belgian manufacturer of port cranes, has recently acquired one of its most important suppliers. Even more recently, the company received its first order for an E-Crane in the Russian market.

Indusign markets its equilibrium cranes with their characteristic look and unique design features under the brand name “E-Crane”. The East-Flemish company was founded in 1996 and still continues to grow.

“Even during the economic crisis, our business has continued to grow at a high rate. At this time, there are approximately 150 E-Cranes operating worldwide, from Australia to South-America to North-America to China”, said Lieven Bauwens (CEO) at the official inauguration of their most recent E-Crane at the scrap terminal of Van Heyghen Recycling in Ghent, Belgium. (see DL Nov. 20). 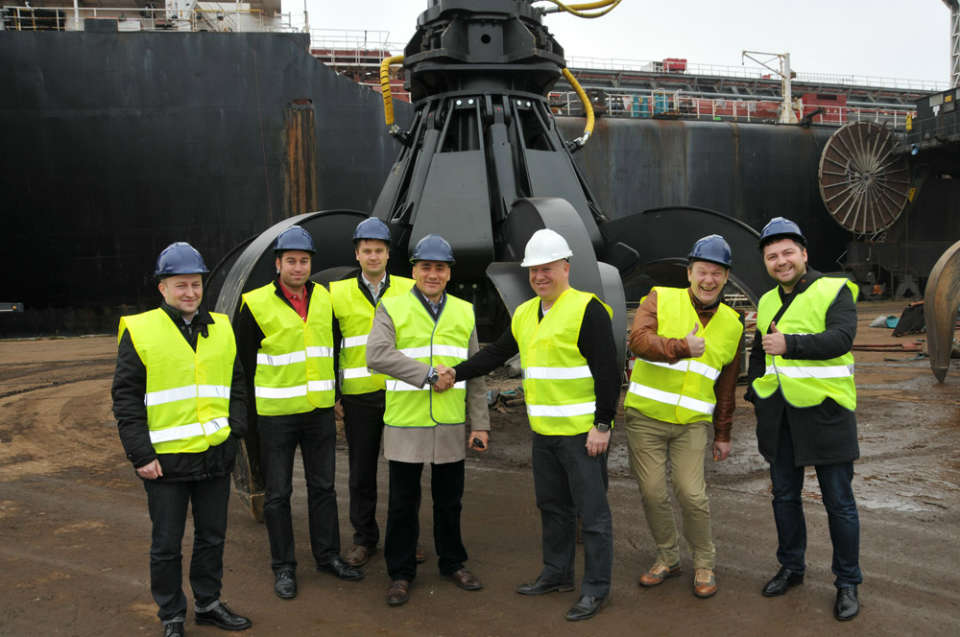 The crane manufacturer also made an announcement that they had received their very first order for an E-Crane in the Russian market. The project will be a barge-mounted E-Crane which will handle large quantities of sand in the port of Kazan, at the Volga river.

E-Crane has gained a strong position in a couple of niche markets, e.g. handling raw materials in steel mills and power plants as well as the transshipping of other bulk materials in smaller and larger ports. Indusign also delivered the crane which was used at the second Maasvlakte in the port of Rotterdam to construct the sea defense barrier. This E-Crane lifted concrete blocks up to 50 Mtons to build the barrier.

“Two thirds of E-Cranes are used for port activities and to (off)load ships up to Panamax size. We always custom design the crane to meet the client’s needs. Standard machines are a real exception!”, Bauwens emphasized. This year, 15 cranes will be delivered, six of which will be exported to the USA. Four cranes will be exported to Southern Europe.

Indusign recently acquired the Polish construction company, Famaba, which has been a key supplier to E-Crane for many years. The turnover of the group of companies increased from 15 to approx. 35 million (euros) and the number of staff increased from 65 to 350 employees.