On December 13th, 2010 Mr. Engr. A.K.M. Mahbub Uz Zaman, Senior Executive Director of Bashundhara Group, visited the E-Crane workshop in Adegem, Belgium. Mr. Zaman got a tour around the factory, where two 1000 Series E-Cranes were being tested for our client Bashundhara. 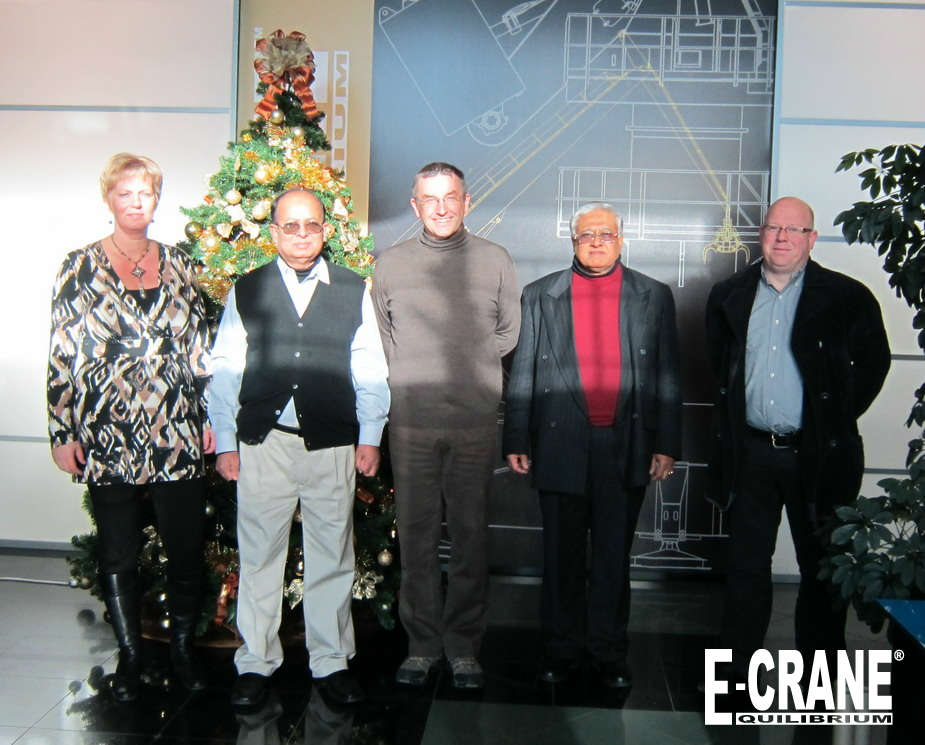 Some of the crane parts were already being prepared for transport. The two 1000 Series E-Cranes for Bashundhara will be shipped to Dhaka, Bangladesh in the first months of 2011, and used for handling cement clinker.